Congrats to Dr. Sarah Cappeliez, who graduated from UofT last month! I had the immense pleasure of supervising Sarah’s dissertation, entitled “More than just a Fine Drink: Processes of Cultural Translation, Taste Formation and Idealized Consumption in the Wine World.” Her research investigates winemaking practices and wine culture that are driven by the concept of “terroir,” which describes the unique taste arising from a combination of biophysical elements and agrarian practices in a particular place. Drawing on fieldwork in French and Canadian regional contexts, she examines the cultural sociology of how ideas, tastes and consumption practices travel and are adopted in new locations.

While we miss her brilliant intellect and down-to-earth warmth at UofT, we’re delighted that Sarah recently began a position as an Assistant Professor at Concordia University in Montréal. She is currently teaching classes in media and culture, including an introductory course on Sociology Through Film.

Check out part of Sarah’s terroir research in this excellent recent Poetics article.

As part of a special issue in Canadian Food Studies, Anelyse Weiler, one of the PhD candidates I supervise, has published a policy commentary on five ways Canada’s forthcoming National Food Policy can advance equity and dignity with migrant farm workers. She argues that to realize a healthy food system for all members of our communities, the national food policy cannot be for Canadians alone. Her piece concludes by underscoring dynamics between farm labour migration and climate change.

To build on the insights from this policy commentary and her dissertation fieldwork, Anelyse will be co-organizing a workshop with injured migrant farm workers, grassroots organizers and a farmer at Food Secure Canada’s 10th Annual Assembly in Montreal.

I feel fortunate to have had the opportunity to carefully read Richard Ocejo’s super interesting book, Masters of Craft: Old Jobs in the New Urban Economy, for an Author-meets-critic session last Spring at the Eastern Sociology meetings. Ocejo’s book does an excellent job thinking through the labour underpinnings of urban hipster/foodie culture. It’s also an excellent example of how good sociology can creatively make connections between seemingly disparate phenomena — like butchers, cocktails, craft whiskey, and barbershops.

I wrote up a book review for Food, Culture and Society, which is now out and available here:

In the article, we question the idea that “more consumer knowledge” will necessarily lead to altered, and more ethical food practices. Mothers are put in a difficult position in relation to children’s’ meat consumption: they feel pressure to teach kids where food comes from, but they also want to protect children from some of the harsh truths of animal slaughter.

Photo by Fábio Bueno on Pexels.com

What does the restaurant reveal about us as a society?

I had the pleasure of being interviewed as part of a wonderful documentary on restaurants and inequality that was just released by CBC Radio. The Restaurant: A Table Divided was co-produced by Zoe Tennant and Michelle Macklem. Drawing on interviews and soundscapes from Toronto and New York, it explores the early history of restaurants all the way to their present-day context.

Here is an excerpt from my interview, where I discuss how foodies’ sense of ease with eating both high-status and low-status food serves to downplay wealth inequality (I explore foodie culture at length in my book with Shyon Baumann, Foodies: Democracy and Distinction).

“The kind of privilege that goes on in these eating spaces comes at a time of unprecedented economic inequality. But the reality is, so many people are just struggling to make ends meet. Inequality has become so extreme that there is a backlash to people who display their wealth and status too overtly . . . Like eating caviar while riding around in your Bentley. So instead you’re eating a rice bowl with truffles on it, driving around in your Tesla. You have these things that kind of take the edge off of wealth inequality. It’s like an homage to the common person. This is a way, at a larger cultural level, to make inequality more palatable.”

A crowded van picks up an elderly Punjabi grandmother. After a 45-minute unpaid ride to the farm, she picks blueberries in the hot sun for up to 10 hours with no overtime pay. If she slows down or takes too many breaks in the shade, the contractor may arbitrarily decide she hasn’t earned enough hours to qualify for EI to top up her sparse winter income. If the harvest is poor or her employer doesn’t record berry weights accurately, she often earns less than minimum wage.

No one would wish this on their grandmother.

Over the past couple of weeks, Anelyse Weiler, one of the PhD candidates I supervise, has published several pieces of public scholarship related to her research. The excerpt above is from an op-ed she co-authored with David Fairey in the Vancouver Sun on the sub-minimum piece-rate wage for hand harvesters in British Columbia.

Anelyse and Professor Amy Cohen of Okanagan College co-authored another op-ed analyzing how Canadian immigration policy makes racialized farm worker women vulnerable to sexual violence. It was initially published in The Conversation and has since been re-published elsewhere, including The National Post and The Tyee.

In the current labour-themed issue of Alberta Views Magazine, Anelyse reviewed Jason Foster’s new book Defying Expectations, which explores unlikely labour organizing successes of the United Food and Commercial Workers 401. She has also written a forthcoming book review of Good Apples for Food, Culture & Society and a commentary on migrant workers and the national food policy in Canadian Food Studies.

This wonderful review essay by Susan Pagani in the Los Angeles Review of Books makes me excited to read Feast: True Love in and out of the Kitchen. It’s great to see the explicit connections Pagani makes between foodie culture, femininity and body control. Too often these issues operate in the shadows of foodie culture. Also, full disclosure: it’s very cool to see my work on food and femininity with Kate Cairns mentioned in the review! 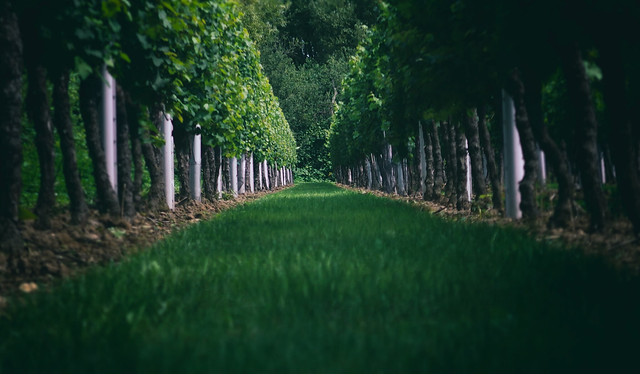 An excellent new journal article in Poetics explores how the cultural idea of terroir gets translated between wine regions across the globe. Sarah Cappeliez, one of the PhD candidates I supervise, draws on interviews and website analysis to explore the discourse of terroir in French and Canadian regional contexts.

Here is the abstract:

Terroir is a complex French cultural term used to identify and classify artisanal foods and drinks in relation to a specific place. Notoriously “untranslatable”, terroir has nevertheless travelled well beyond the borders of France and Europe more broadly. This paper illuminates the parts of terroir that translate culturally by using a qualitative comparative case study of two contrasting wine regions, and examines how terroir manifests in similar and different ways when it is taken up in a French and a Canadian regional cultural context. Through the analysis of terroir discourse in 30 interviews and 32 websites, this study further clarifies the factors that drive consistency and change in the translation of a cultural idea like terroir. Moving beyond the idea that “terroir is adaptable”, this paper shows how wine actors articulate terroir’s normative principles as constant, but describe terroir’s natural and human practices in locally contingent ways, nuancing our understanding of stability and change in how culture unfolds within a globalized cultural context.

This article looks at how leadership works within community based Participatory research (CBPR). Drawing from experience with a CBPR project involving 16 organizations from the community, government, and university sectors, we completed a focused ethnography where we interviewed 18 partnership members who were instrumental in, accountable for, and knowledgeable about Partnership’s formation. These interviews revealed that leadership was exercised in three ways during the formation stage of this CBPR:  (1) through individual characteristics; (2) through actions; and (3) as a collective. These findings show that CBPR leadership requires a specific set of skills that draw, not only on collaborative leadership, but also leadership from more traditional, hierarchical settings. While CBPR leadership shares many of the characteristics of traditional leadership, this study shows that non-hierarchical leadership is also possible as Partnerships adapt to support the collaborative process of CBPR.

Kate Cairns, Merin Oleschuk and I recently wrote a short piece for the Gender & Society blog on the pressures mothers face when feeding children. We write: “When it comes to feeding children, mothers today must avoid the appearance of caring too little, or too much. Either extreme garners social stigma, although the penalties are far from equal.” Read the full piece here.